The trace mineral zinc is one of 24 micronutrients that are deemed essential for health.

Although only needed in small amounts, this cannot detract from its importance as zinc plays a vital role in many bodily functions, with some of these being quite diverse and at times unrelated. Clearly then, ensuring an adequate intake of zinc is an aspect of health that cannot be taken for granted.

In this article, we are going to cover all topics zinc-related, so you will be able to understand the roles it plays in the body, which foods are good sources, how much is required and any symptoms to look out for which indicate a deficiency.

The Role of Zinc Within the Body

As we alluded to in the introduction, zinc has a wide range of roles to play in our health and wellbeing. Let’s look at some of the most important…

Arguably, zinc is best known for its role in the healthy workings of our immune system. A crucial part of the immune system are so-called “T cells” which are created in the thymus gland. These cells attack and destroy pathogens which help to keep us healthy. Zinc works by activating these T cells so they can rapidly neutralise any threat.

It is fascinating to consider that despite all the advancements in the field of medicine, we still haven’t identified a cure for the common cold. Furthermore, there are very few ways we can decrease the length and severity of a cold once we have been brought down by one.

One of the few methods that has shown to be effective is zinc lozenges. Last year, researchers from Finland completed a meta-analysis of randomised control trials – the highest quality of scientific evidence – to collate the results of all studies which addressed the effects of zinc lozenges on the common cold.

It was found that taking a zinc lozenge (zinc acetate or zinc gluconate) within the first 24 hours of developing a cold decreased the duration of it by a third – a very impressive result. It is also important to note that taking a zinc tablet of the same dose wouldn’t be as effective. This is because much of the benefit occurs from the zinc lozenge dissolving in the oral cavity where most of the symptoms of a cold exist.

Zinc supplements have also shown to be effective at decreasing incidences of the common cold, with an especially large benefit seen in older adults. So, if you find yourself suffering from regular illnesses, a daily zinc supplement certainly has the potential to help.

Zinc is found in high concentrations in the brain, where it has a number of key roles. Research has shown that low levels of zinc are linked to low mood and impaired memory function. Fortunately, rectifying this insufficiency sees an improvement on both accounts.

Aside from this, zinc has shown to have an interesting relationship with depression. People suffering from depression often have low levels of zinc in the blood, and the magnitude of this insufficiency correlates with the severity of the depression.

In one study of note, it was reported that the provision of 25mg of zinc alongside antidepressant medication was significantly more effective than antidepressants alone in reducing symptoms.

What is more fascinating is that a study published in Nutritional Neuroscience in 2015 showed that providing a 30mg zinc supplement daily for 12 weeks led to an improvement in symptoms in 50 overweight/obese adults with depression. Compared to the group receiving a placebo, the researchers labelled these findings as ‘significant’.

It appears that zinc can improve brain function and mood through its role in increasing serotonin (the ‘happy’ hormone) uptake in various brain regions. Furthermore, zinc intake helps to ensure a protein called BDNF can express its benefits. BDNF is involved in neuron growth and plasticity, thus helping with neurotransmission.

So, it appears that if you are suffering from depressive symptoms, paying attention to your zinc intake would be a good idea. This is something you should certainly discuss with your health care practitioner.

As we have just found, zinc has a pretty important role in the body’s most crucial organ. Another vital organ that zinc is known to support is the heart.

A hallmark of heart disease is blood vessels (such as coronary arteries) that have a build-up of plaque. This results in a blood vessel that is constricted and inflexible and one that if bad enough could lead to a ‘cardiovascular event’ such as a heart attack. Scientific enquiry has shown zinc can reduce plaque accruement in the blood vessels – leading to researchers labelling zinc as having ‘anti-atherogenic’ properties.

Due to this information, and the fact that zinc intake is inversely associated with plaque build-up in the arteries, low zinc is now classed as a risk factor for developing atherosclerosis. Fortunately, the progression of this disease state is shown to be halted with zinc supplementation.

Of note, one clinical investigation found that providing older adults with 45mg of zinc per day in the form of a supplement was linked to a reduction in numerous inflammatory factors that drive the development of atherosclerosis.

For some, there can be few greater sources of frustration than poor skin health or a wound that just won’t heal.

One of the more common skin conditions is acne. Numerous research studies have shown that it is common to see low levels of zinc in those who suffer with this condition. Due to zinc’s role in the immune system, it is thought that low levels of zinc can lead to an inappropriate inflammatory response which worsens acne.

One study found that providing a high dose of zinc for a period of 6 weeks to people with acne saw a reduction in the severity of symptoms by a third. A more recent study reported a similar benefit. Although this wasn’t as great as the reference drug for acne, it was found to cause fewer side-effects.

As zinc helps to control inflammation levels, it can limit bacterial growth in cuts or skin lesions, thus helping to protect the skin’s membrane. Zinc is also well-known to support the production of collagen, which is needed for skin repair and growth among other things.

Zinc plays an important role in one of our most important senses: our vision. Zinc works by transporting vitamin A from the liver to the retina. Once there, vitamin A helps to produce melanin – a pigment well known to protect the eye.

Evidence also suggests that zinc can play a protective role against cellular damage to the eye and can help to delay the progression of age-related macular degeneration (AMD) and vision loss.

Out of all the tissues in the body, none have a higher concentration of zinc than the prostate gland. This indicates that zinc holds a pretty important role in the healthy functioning of the prostate.

Specifically, zinc is essential for the function, metabolism, growth and survival of prostate cells. To this end, there is also research indicating zinc’s protective role against prostate cancer, as long as zinc intake is not excessive for extended periods.

As prostate ailments are much more prevalent in older males, ensuring an adequate zinc intake is especially important in this population.

According to the European Food Safety Authority (EFSA), zinc plays an important role in fertility, reproduction and testosterone synthesis. In men, zinc is essential for sperm count, quality and mobility, and low levels of can cause a decreased semen volume and testosterone levels. In women, zinc supports the healthy development of the egg and promotes regular ovulation.

Who is at Risk of Zinc Deficiency?

There are many countries who still struggle to achieve a healthy zinc intake, but in the developed world, clinical deficiencies are not all that common.

That being said, there is a significant proportion of the UK population who have a zinc intake below the lower recommended threshold – indicating an insufficiency (but not a clinical deficiency). The latest National Diet and Nutrition Survey shows that ~10-20% of females under the age of 18 and males of all ages have a low zinc intake.

There are numerous causes of a zinc insufficiency or a clinical deficiency. If any of the below describe you, then you would be wise to analyse your intake of this important mineral:

Unlike some micronutrient deficiencies that produce very few symptoms, there are a quite a number of signs that indicate someone is low in zinc. The most commonly cited side effects are:

Luckily, the effects of a deficiency can be reversed by simply increasing your intake of zinc. However, many of these symptoms can also indicate other serious health concerns so it’s important to seek medical advice to rule out other causes.

What are Good Sources of Zinc?

Zinc is found in many different foods, so it is possible to get all you need from diet alone. The best food sources of zinc are red meats and seafood such as oysters, while other sources include nuts, eggs, dairy and legumes.

If you are concerned that you are not receiving adequate levels of zinc or you are at increased risk of deficiency, you may find a supplement to be beneficial. Always take zinc tablets with food to reduce the risk of stomach irritation.

How Much Zinc Should I Take?

The general consensus is that 10mg of zinc per day is an optimal value to aim for to ensure good health in the ‘average’ individual. This is the recommendation by EFSA and the UK Department of Health. Even for pregnant women, 10mg per day is enough to provide mother and child with sufficient zinc.

For treating either a zinc insufficiency or a deficiency 25-50mg per day would be a suitable dose to aim for. In scientific research, up to 100mg per day has been used to help treat depression, acne or decrease the severity of a cold or infection.

However, this dose shouldn’t be used for extended periods in an attempt to avoid any complications. Doses of over 40mg can lead to side effects such as nausea, loss of appetite and diarrhoea. Furthermore, high levels of zinc can impair copper and iron absorption. For this reason, it is not uncommon to supplement copper, iron, or both when taking high levels of zinc.

Hopefully this article has outlined the importance of zinc and has provided you with enough information to ensure that you obtain adequate levels of this mineral. As it has such a wide range of roles in the proper functioning of the body, it is a nutrient which should garner more attention than it currently receives.

For these individuals, increasing their meat, fish and seafood intake or taking a high quality supplement would be a good step towards improving their health. 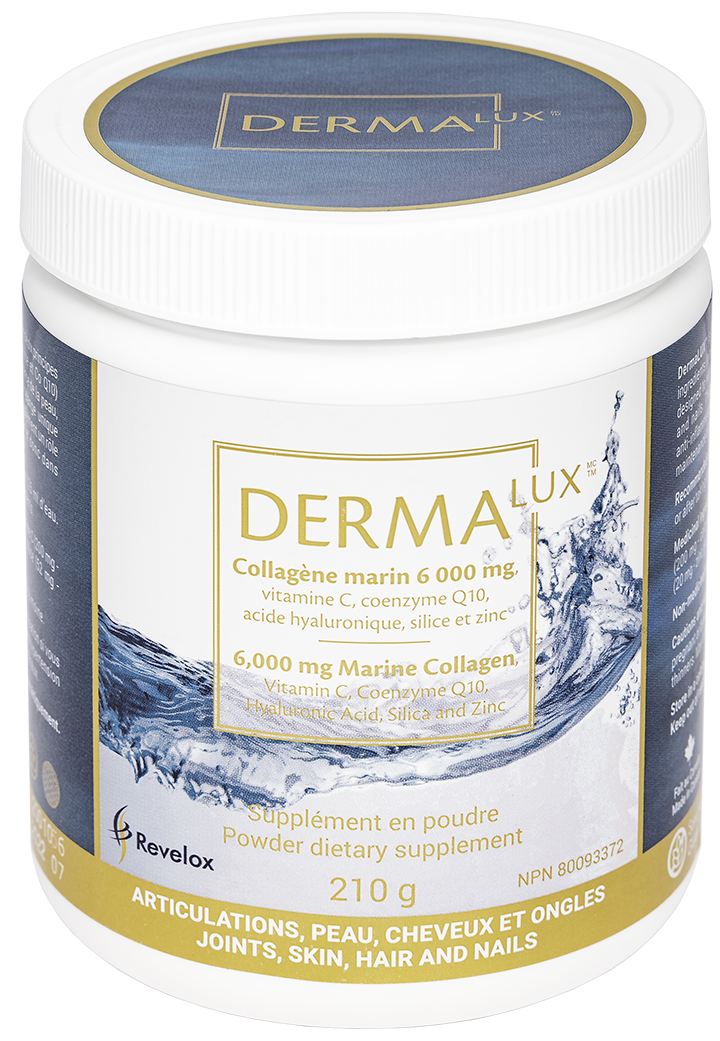